It is not an easy feat to reach the nationals of USTA, but this MLTC team managed to do it.

United States Tennis Association (USTA) teams are some of the most popular competitive match-play programs during the summer months. Players are placed on teams that correspond with their level based on the NTRP scale of 1-7 (1 = complete beginner while a 7 = a world class player).

USTA matches should be first and foremost fun, however the process of joining a team can be a bit vague and subjective at some clubs. At the MLTC, certain rules and parameters have been put in place so that the experience is enjoyable and the process is fair.

At our facility, we make a distinction between teams that we manage and teams that are managed by the players. “Open” teams are rosters that are controlled by our program and those rosters are open to any player of an appropriate level who wishes to play. “Closed” teams are groups that play under our banner, however we do not organize or coordinate them.

The Closed team concept is made for players who have a group of friends that want to play together without a coach or a club dictacting their fate. We are more than happy to work with players, coach them and even assist with suggesting the line-up if requested, however the recruitment of players, contact with the league and collection of funds must be handled by whoever is designated as the captain.A $150 deposit is required in order to secure a Closed team.

If someone is looking to join an open team, the following guidelines have been put into place to help make the process fair and transparent: 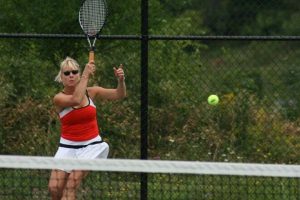 These guidelines have been instituted to help foster an environment of camraderie amongst peers. The creation of a unified team is much more likely to happen when levels are consistent and players are committed to the group.

If you have an interest in joining a summer USTA team, then please contact Susan at susan@marcuslewisenterprises.com.